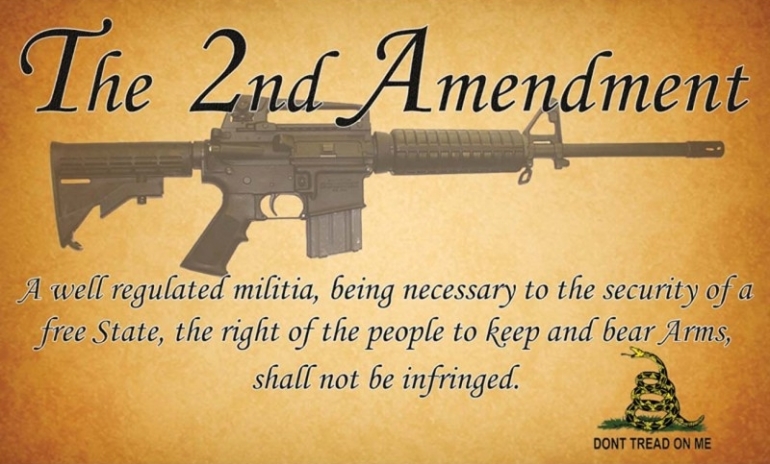 The second amendment of the United States Constitution reads: “A well regulated Militia, being necessary to the security of a Free State, the right of the people to keep and bear Arms, shall not be infringed.” This right was given to all Americans by the Founding Fathers in order to be protected. I’m in favor of bearing arms as long as the weapons are used as self-defense. Unfortunately, there are some individuals who misuse weapons and use them to kill innocent people. However, even when the second amendment allows an American citizen to use arms for protection, there are laws that regulate weapons possession and use.

Using a firearm in self-defense against others does not mean that you have to shoot people just because another person struck the first blow or made a violent threat. People should use a firearm as self-defense as long as the person is in apparent danger of serious injury. Then, you can use firearms to provide protection to you and your family. However, there are some other varieties of self-defense stuff to choose from and not necessarily a firearm.

On the other hand, using a firearm to have experience and to be prepared is another interpretation of the second amendment. According to the Constitution, the right to bear arm ensures the effectiveness of the military. Every citizen in this country should be prepared to serve the military whenever necessary. Being experienced and prepared to guarantee that the country will have a bigger fighting chance.

In conclusion, using a firearm may be useful for self-defense against others and for being prepared to defend the country.  Sadly, some people use firearms wrongly. That is why laws are being instituted in order to regulate arms possession and use. The most important thing of all is not to bear arm, but to know how to use it, to be well trained in the use of weapons and, above all, to bear in mind that there are other items that we could use as self-defense that are not so violent.